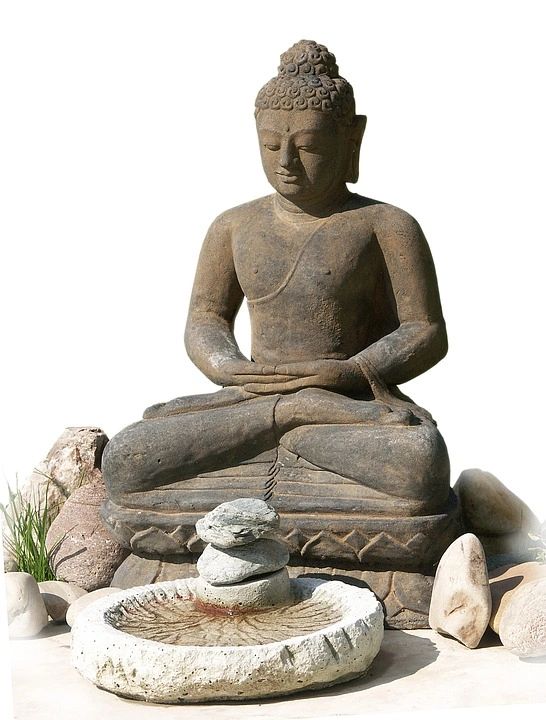 Let us enlighten you

This space was created as a sort of virtual Zen den.  A place we invite you to come to learn and grow. There will be articles about crystals, spiritual rituals, and everything Zen. Steep the tea, light a wick, and burn some Palo Santo or whatever you please.  Let's chat about crystals, herbs, spirit animals & the moon.

What are Mala Beads?

Mala prayer beads, also called Japamala, are used during devotional meditation, mantra and prayer to set intentions and goals. In the Sanskrit language, Japa is a prayer which involves recital of mantras, and Mala translates to "garland" .Traditionally, Malas are made with 108 beads, however sometimes they are made with 18, 27, or 54 beads instead, which are divisors of 108, always divisible by the number 9. Sometimes there are divider beads, which are there to help keep count and are not counted as part of the 108 beads.  When using a Mala, a mantra is repeated, starting with the Guru Bead (which is the 109th bead), until the mantra has been repeated 108 times in a complete circle, returning back to the Guru bead. If the mantra needs to be repeated more than 108 times,  the Mala is turned around and the beads are counted in the reverse direction so as not to cross the Guru bead until complete.

The number 108 is considered sacred in Buddhism, Hinduism, and Yodic tradition.  There are 108 worldy sins in the Buddhist doctrine. The Sanskrit Language has 108 characters- 54 masculine, or shiva, and 54 feminine, or shakti. There are 108 Hindu Upanishads, 108 primary Tantras, and 108 chapters of the Rig Veda in the sacred texts.

In Ayurvedic medicine, which is an Eastern  therarpy that focuses on whole-body holistic treatment, there are 108 marma points.  107 of those are located within the physical body and the 108th marma point is found in the mind. Marma points are where matter and consciousness intersect, and are physically located where tissues such as tendons, bones, muscles, and nerves meet one another.  Working with, and manipulating these points with massage, essential oils, crystals, gemstones, and/or light therapy can help to release stagnant energy which will help to increase healing and vitality, as well as release emotional blockages.

Chakras are energy points in the body, aligned along the spinal column. These energy centers are responsible for different physican and emotional functions. Chakras can become out of balance, or blocked, and these imbalances can cause a myriad of physical/emotional symptoms. Learning about chakras and how to "work" with them can help to improve overall well-being. (ie: meditation, yoga, crystal healing, lifestyle changes). Chakra translates from Sanskrit to "wheel" or "disk", so chakaras can be considered as energy "wheels" within the body. There are actually 114 chakras in the body, but the main 7 are as follows:

Interestingly enough, there are 108 energy lines (nadis) within the body that connect to form the heart chakra.  It is also said that there are 108 feelings.  36 feelings from the past, 36 related to the present, and 36 feelings about the future.

Harness the energy of your crystals for physical, emotional and spiritual healing

Our most favorite healing crystals

Energetically cleanse yourself, your crystals, and your space